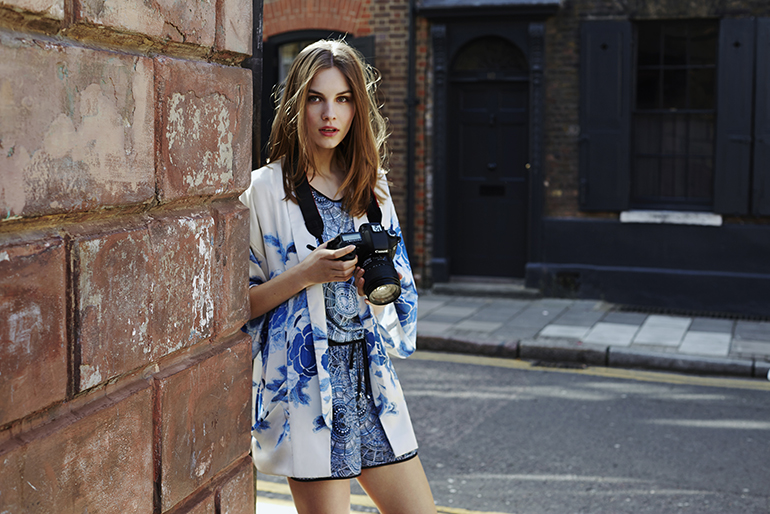 Some 10 weeks ago Lauren (a.k.a Lolli) who is the stylish mastermind behind The Girl Who Stole London and also the social media Guru of Warehouse bought to my attention, via Instagram, that Warehouse were launching their biggest campaign to date called Fashion Shooters.

Warehouse had commissioned Super Model turned photographer Helena Christensen to shoot the first 12 images of their SS14 collection. They then asked the general public to enter a competition to win the chance to shoot the last image of the campaign, whilst being mentored by Helena herself. All you had to do was simply say where you would personally choose to shoot that 13th image and why.

It was too much of an amazing opportunity to pass up! Not only would your image become part of a national campaign for a great British fashion brand, but you would get to meet Helena Christensen in person. For as long as I can remember I have loved all things fashion and as a child growing up in the ’80’s, when the original Super Models became prominent, Helena was always my favorite. So I entered straight away and chose Brick Lane, in East London, as my location. The reason being not only is it one of my favorite parts of London which I have shot in and around before but looking at the original 12 images Helena had already taken, with their urban style and graffiti backgrounds, I thought Brick Lane would lend it self perfectly.

Two weeks later I received an email from the lovely Warehouse team saying I was lucky enough to have been chosen as one of 20 people to win the chance to shoot the final shot and be mentored by Helena Christensen on Saturday 22nd March. I’m not sure what I was more excited about the opportunity to shoot for Warehouse or the fact that I would be meeting Helena? The prize also included entrance to the Fashion Shooters festival, to promote and celebrate the campaign with the help from the likes of Wah Nails, Toni & Guy and Elle Magazine and an overnight stay at the fabulous Ace Hotel. All of which would ironically take place in and around Brick Lane !

On the morning of the shoot my half of the 20 finalists gathered at the Fashion Shooters festival in the Loading Bay Gallery of The Old Truman Brewery. From there we were escorted to Helena Christensen’s agent’s house, which would be the base for the shoot. As we waited for Helena and Julija Step, our model for the day to finish with hair and make-up, we were treated to some very generous hospitality. We were then briefed by the shoot’s creative team and Warehouse’s management so that we were clear on the brand’s vision and expectations of our time behind the camera.

The time then came to meet Helena Christensen in person. She was everything I imagined she would be and so much more … relaxed, gentle, caring (particularly of Julija as she always made sure she was warm and as comfortable as possible through out the shoot) patient and modest in the most unassuming way. Then of course stunningly beautiful and effortlessly stylish. I was a little bit star struck to say the least, but before I knew it the anxious wait was over and it was my turn to pick up the camera and have a little one on one time with the lady herself.

I wasn’t nervous, from a technically photographic point of view,  I was more concerned about getting ‘that’ shot and I suppose making a good impression. So I did my best to block everything else out and focus on what I love the most being gorgeous clothing, beautiful models and heavenly natural light. I’ll admit this was a bit tricky considering the camera was tethered to a laptop overlooked by Helena and the creative team, so they could see my images develop. However throughout Helena gave reassuring suggestions and advice which I was very grateful for. 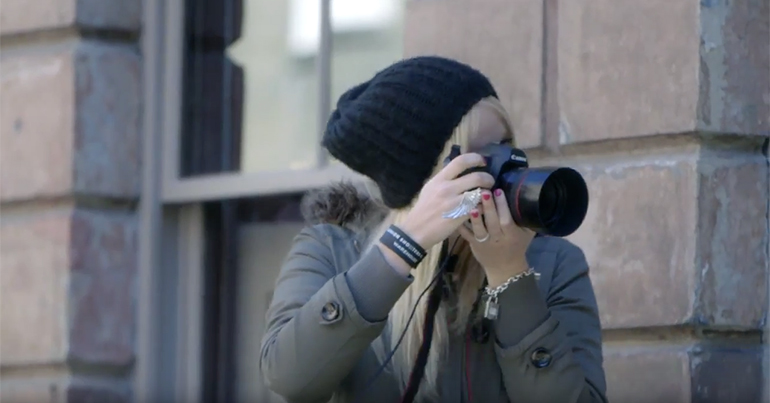 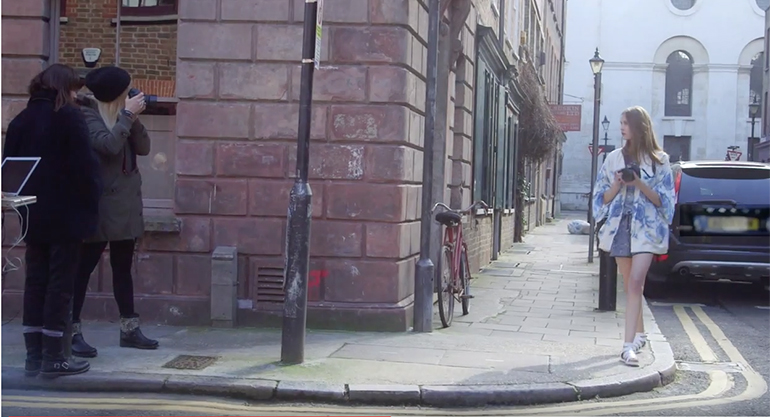 But then, as much as I wanted it to last forever, my time was up and so I said my thank yous and goodbyes. I then floated back to the Fashion Shooters festival on cloud nine were I made the funniest Flickbooks ever with my super supportive friend Darren before I checked into the Ace Hotel to celebrate in style.

On Friday 25th April at 8:12pm, I will never forget that moment in time ever. My mobile rings with a New York number that I did not recognize. The conversation went as follows:

The Caller: “Hello Emily this is Helena Christensen calling”

Me: “Oh Hellllooo” (at this point in my head I started screaming OMG!! and although my body was frozen I started dancing around like a ’90’s raver)

Helena: “You’ve probably guessed why I’m calling but I wanted to tell you in person that you are the winner”

For the next five minutes or so we continued to talk about my image, why Helena and Warehouse selected it as the winner, what a great idea Fashion Shooters was, how amazing it is they are supporting unrecognized talent and we both hope more  brands take note and do something similar. Even though it didn’t seem enough, I must have said thank you 10 times or more to try and express my gratitude for giving me such an incredible experience. The fact that Helena called me in person to share the fabulous news made it all that more amazing!

Watch me taking the winning shot and all the behind the scenes footage from the shoot below:

Read my Q&A with Warehouse on their blog Warehouse.

This week I went to the Warehouse store on Argyll Street, just off Oxford Street in London, which has been their flagship store since 1979 and has always been where I have shopped for Warehouse’s latest trends, to see my image up close and personal. 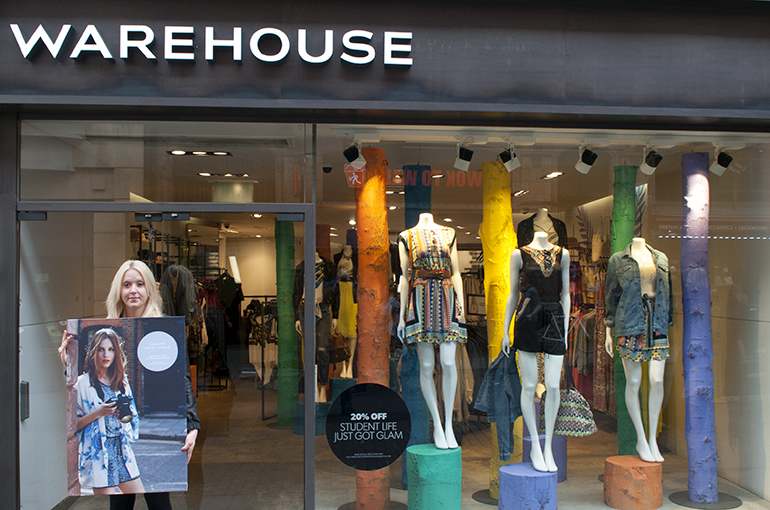 I’m still struggling to put into words my happiness and gratitude so I will say thank you one more time to Helena, all the Warehouse team and Lolli for getting me involved in the first place.

So why is this post entitled “Lucky Number Thirteen” ? I was born on Friday 13th, this is the 13th consecutive year I have been working as a photographer, since I graduated from London College of Fashion where I studied fashion photography and styling. Warehouse were looking for the winning 13th shot and I took that shot in-front of a house that was, you guessed it, number thirteen.

I didn’t realize at the time and it wasn’t until after my experience with Helena that I took a step back to let it all sink in, that I noticed the door number. It’s hard to see in the final image, due to depth of field or possible retouching but I took a photo with my iPhone and posted it on Instagram … 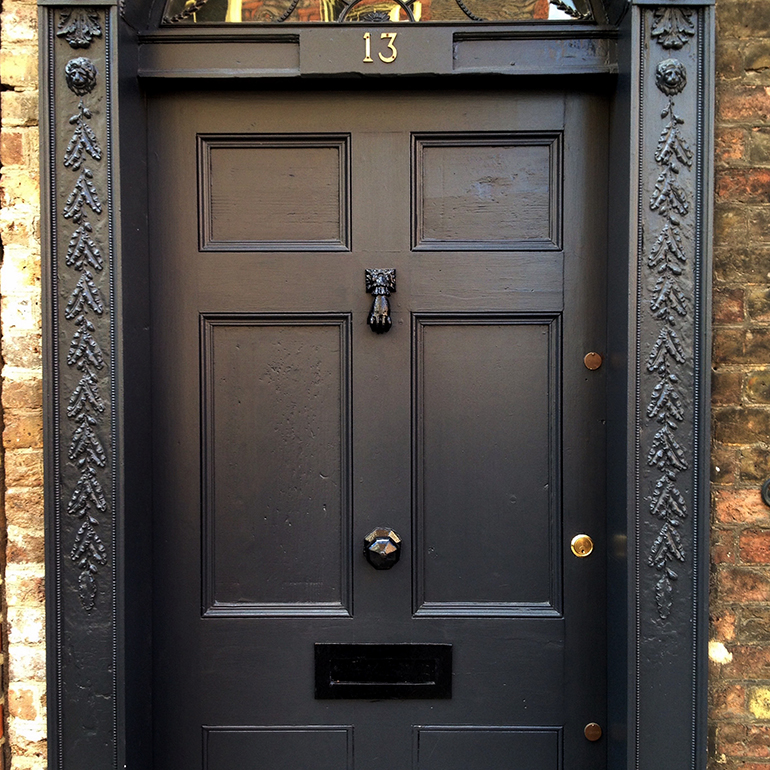 This may have all been about luck or destiny, either way it was, without a doubt, one of the best experiences of my life.