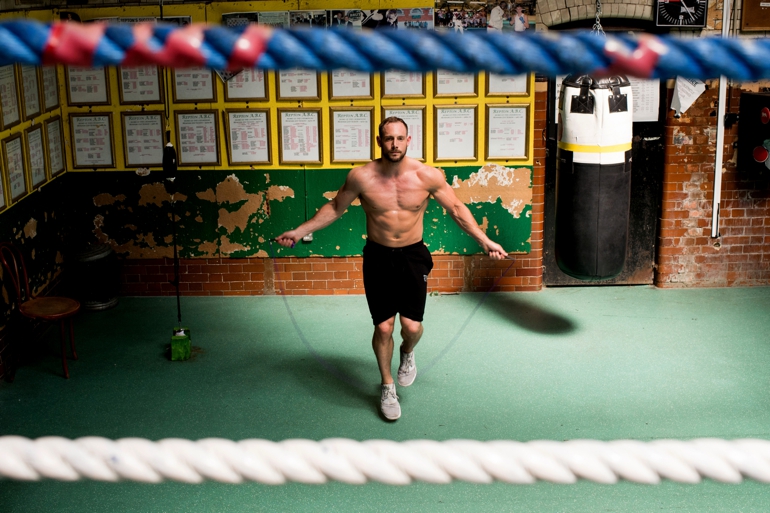 James Davis’s love for martial arts started as a young teenager whilst practicing karate and judo, which naturally progressed into him boxing by his early twenties. His instinctive athletic skills combined with his inbuilt competitive streak resulted in him winning many fights. The highlight being a bout in 2007 watched by former junior welterweight and welterweight champion of the World, Ricky Hatton.

After studying Sports and Exercise Science at the University of Brighton, James choose to pursue a career within the fitness industry as a Personal Trainer.

With over five years of experience James now manages a team of Personal Trainers. As well as sharing his extensive health and fitness based knowledge with his clients, whilst motivating them to exceed their body goals through strength and conditioning training, and of course boxing!

Therefore when choosing a location for James’s Fitness Photoshoot, to illustrate his skills and highlight the results they can create, a boxing club was the obvious choice. But me being equally competitive, I didn’t want to photograph James at any old boxing club. I wanted to photograph him at THE boxing club, being Repton Boxing Club in Bethnal Green, London.

The legendary Repton Boxing Club a.k.a “the Home of Champions” has produced hundreds of boxing champions over the years, all of whom are proudly captured within the rows and rows of photographs adorning the walls surrounding the impressive raised ring. From World champions, to Olympic medalists, to the epic East End gangster twins Ronnie and Reggie Kray, they are all there to inspire the next generation of boxers to train even harder.

And during his Fitness Photoshoot that is exactly what James did… 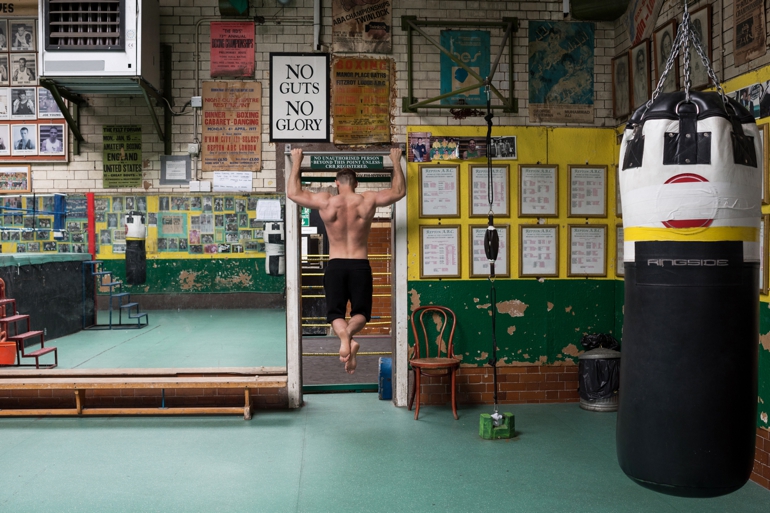 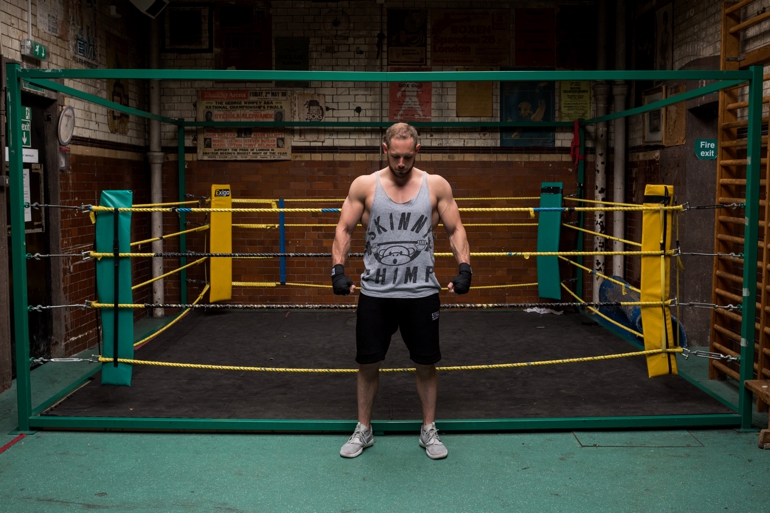 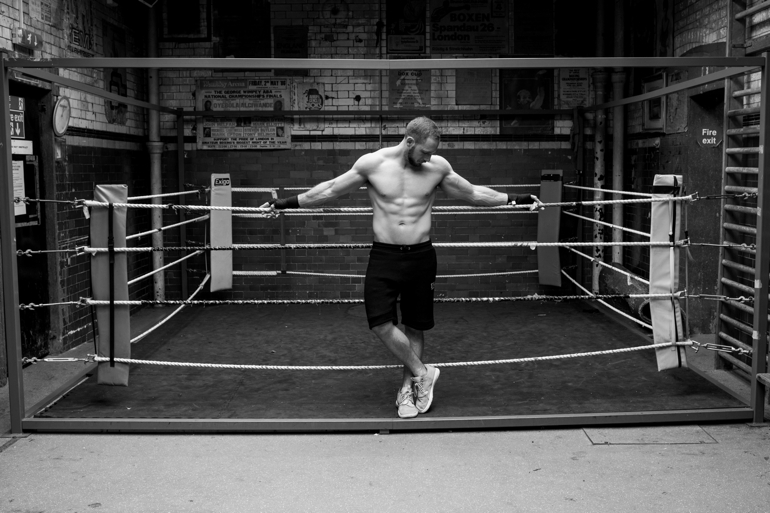 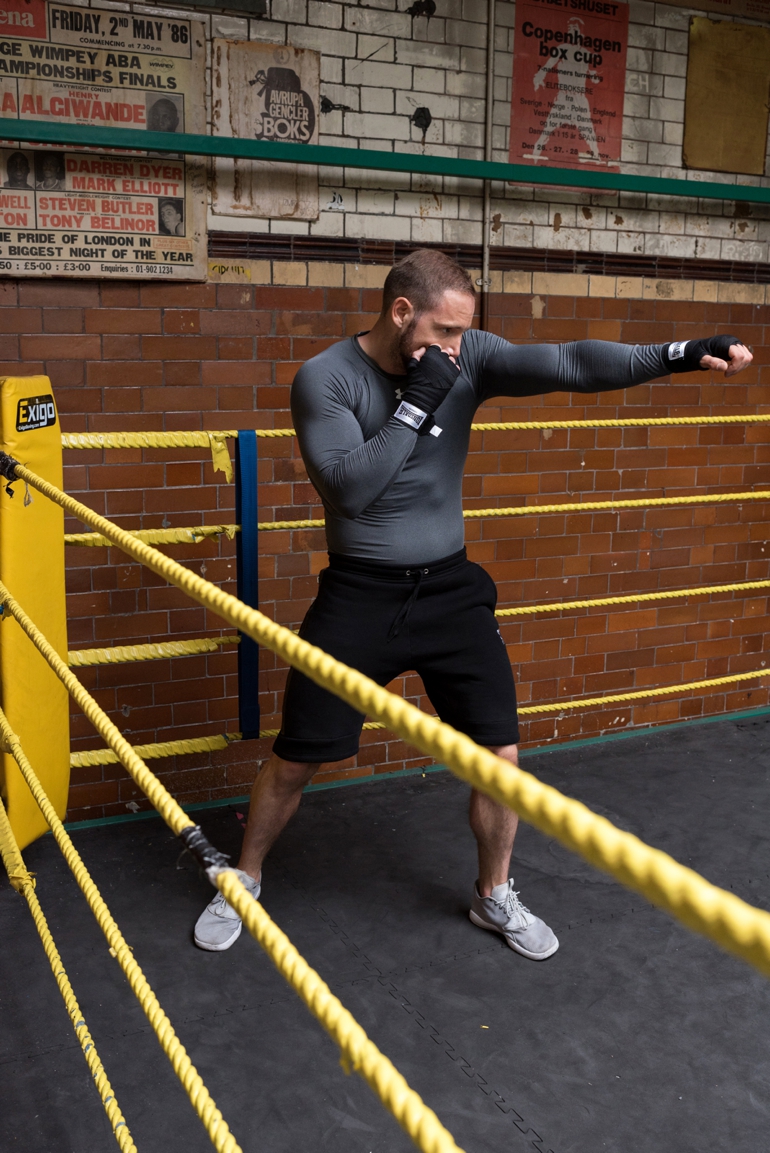 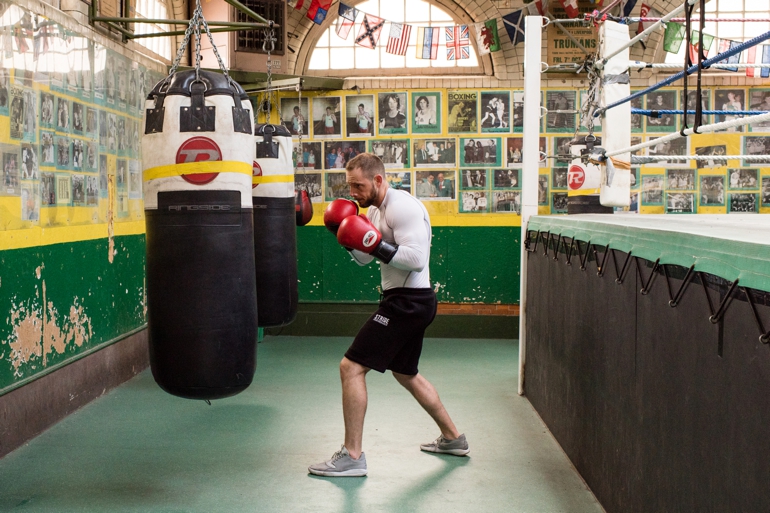 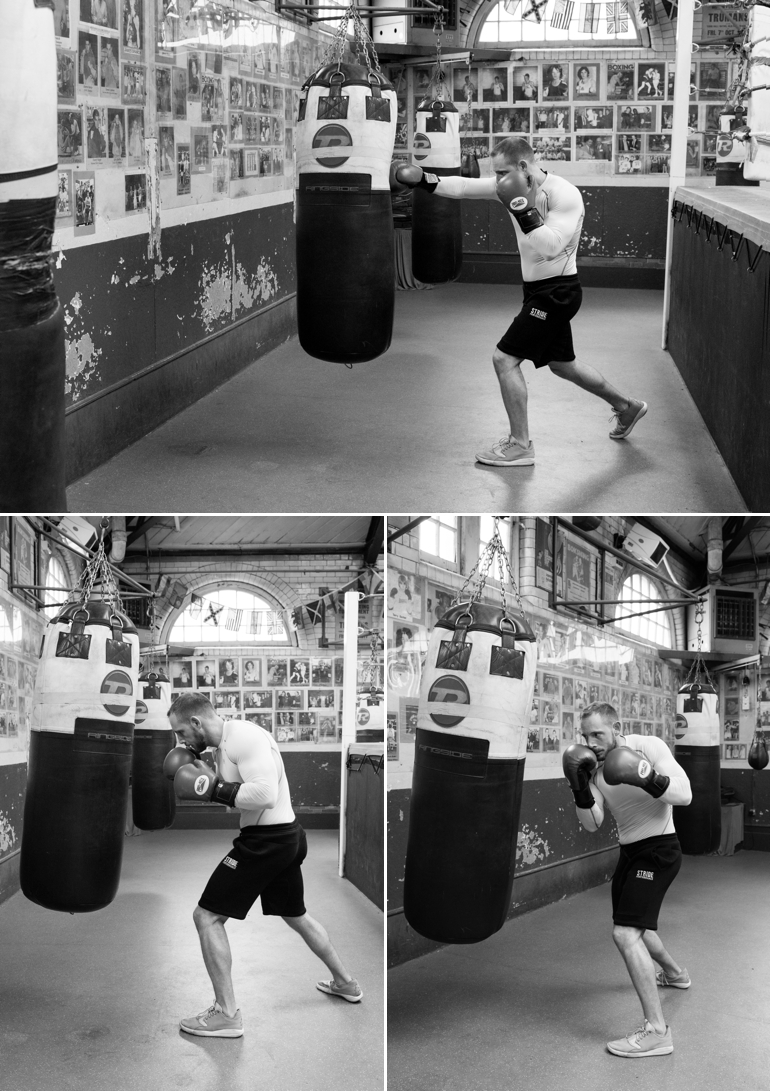 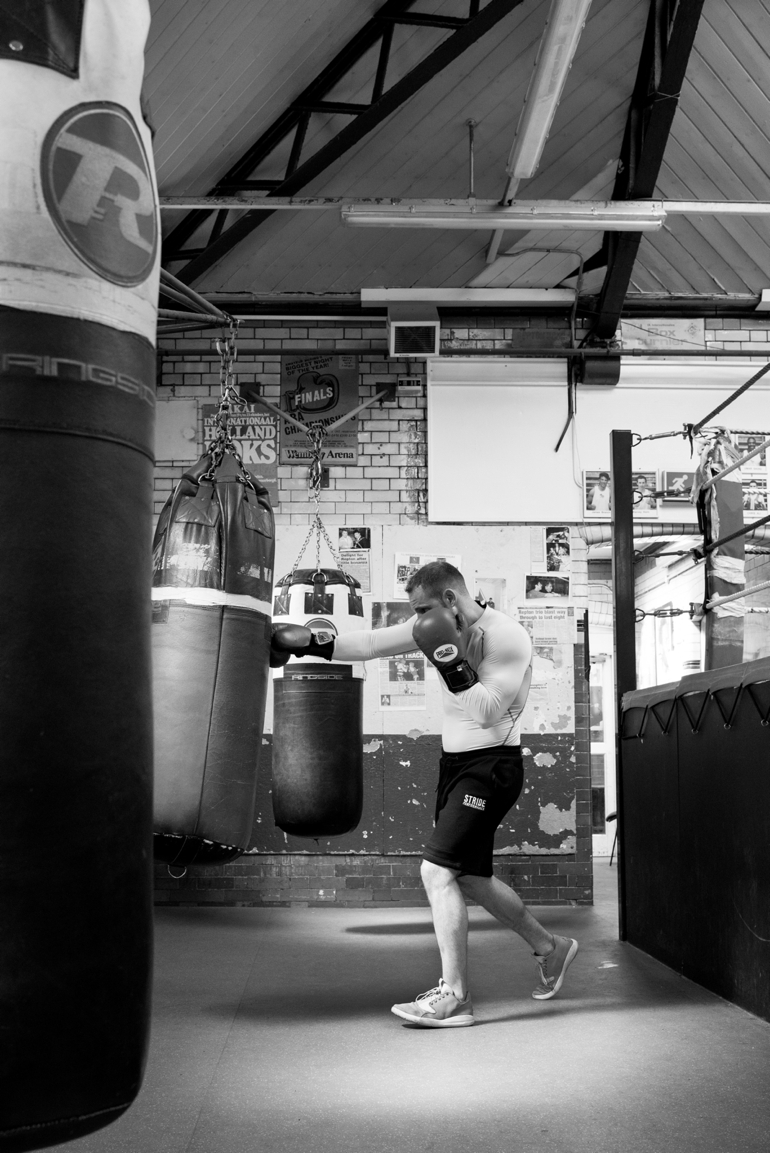 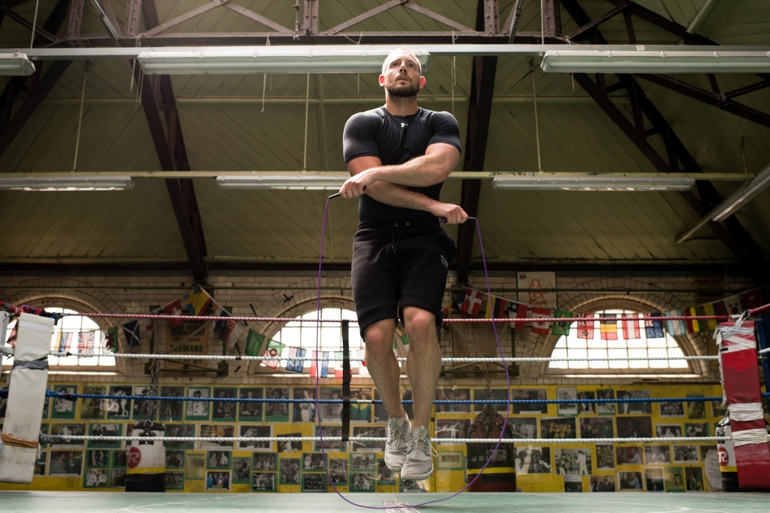 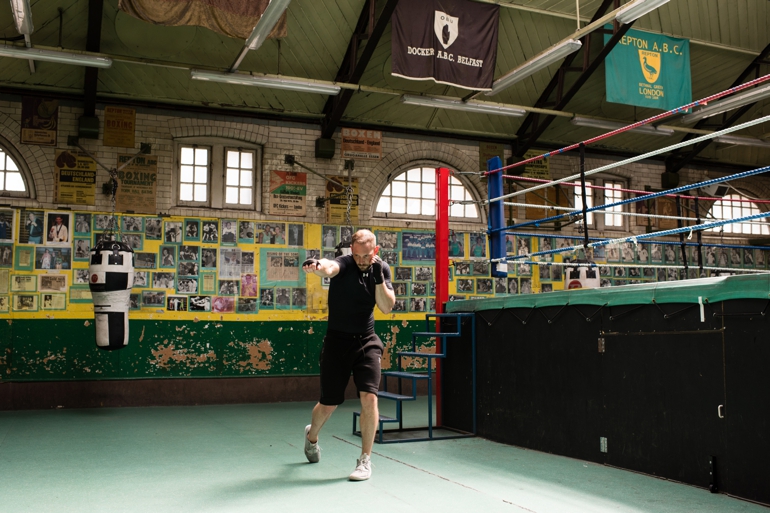 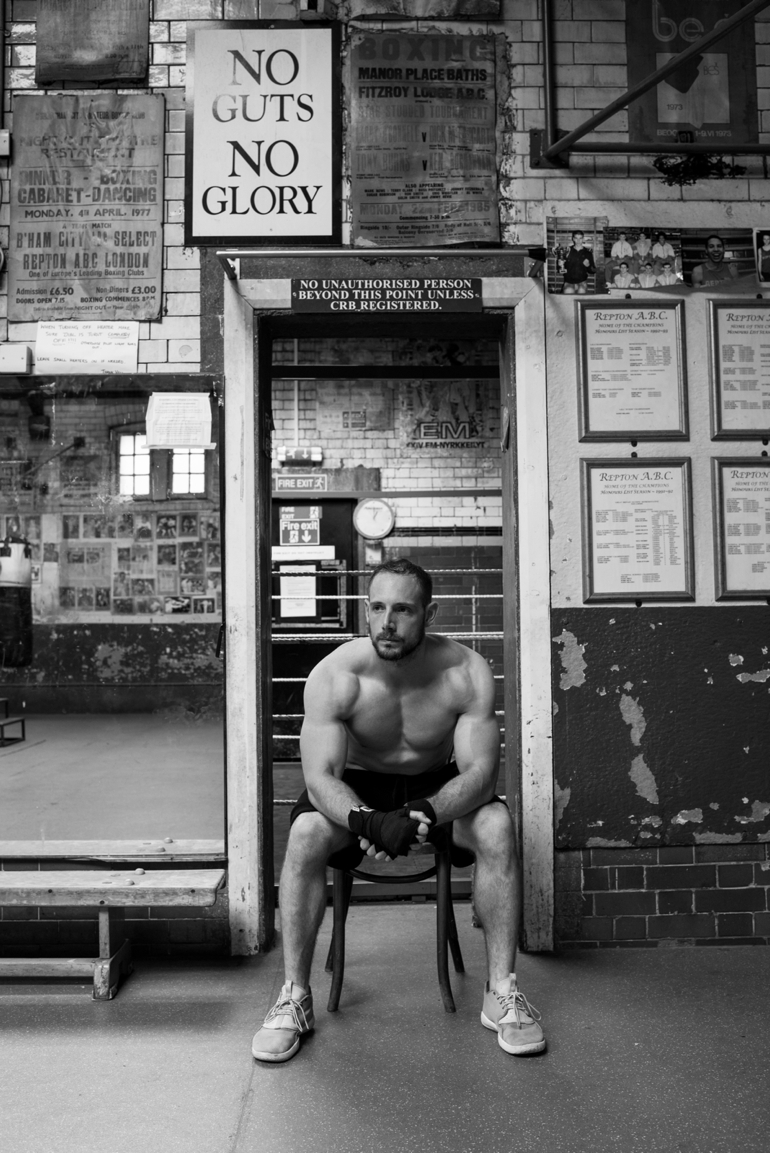 To book your own Fitness or Personal Trainer Photoshoot please contact me here.