Chrissie & Jonathan’s Wedding: More Than Just A Wedding For Me 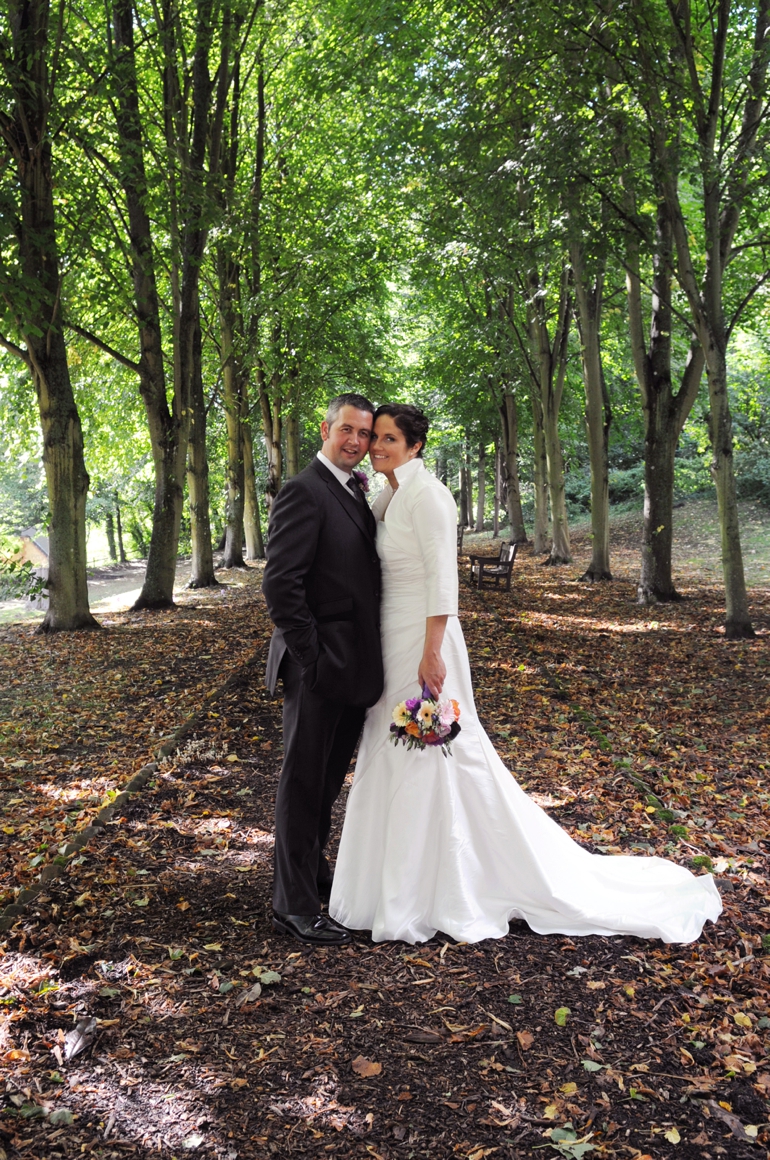 I have known Chrissie since I was seven, we went to junior school together and then secondary school where we were in the same form class. So we pretty much saw each other every day for nine years, minus weekends and holidays but even then we used to hangout. We then became pen-pals during our college and university years. Telling each other about … well everything … and somethings just shouldn’t be repeated. I then went to work abroad for four years but even during that time when we didn’t see each other for months maybe years at a time, when I finally came home it felt like we had only seen each other yesterday. A sign of any true friendship.

So you would think that we are like two peas in a pod, same likes, same dislikes, but that couldn’t be further from the truth, if anything we’re like chalk and cheese. In our day to day lives Chrissie and I will both openly admit that we have nothing in common, our job’s and lifestyle at times seem to be worlds apart. We are prime examples of how opposites attract and this is why twenty four years later we are still the best of friends – all we need is our friendship. But one thing we do have in common is Chrissie and Jonathan’s eighteen month old daughter Sophie. My Goddaughter.

Sophie was with out doubt (and if you know her you wouldn’t imagine it any other way) a huge part of Chrissie and Jonathan’s wedding day. Starting with the invites designed by Chrissie’s business partner Lyndsey Behan, aptly inviting guests to “Mummy and Daddy’s wedding”.

Chrissie and Jonathan were married at Port Lympne Wild Animal Park near Hythe, nodding to their love for animals – normally a little more farm like and a little less exotic. Port Lympne and it’s impressive Mansion is the perfect combination of fun and fabulous. Chrissie took these two elements and applied them to all the details of the day including her sparkly purple shoes, gorgeous flowers and stunning accessories. 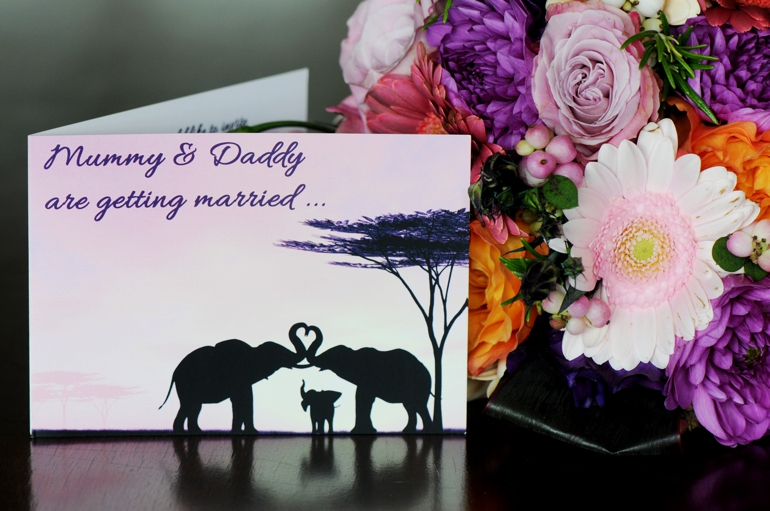 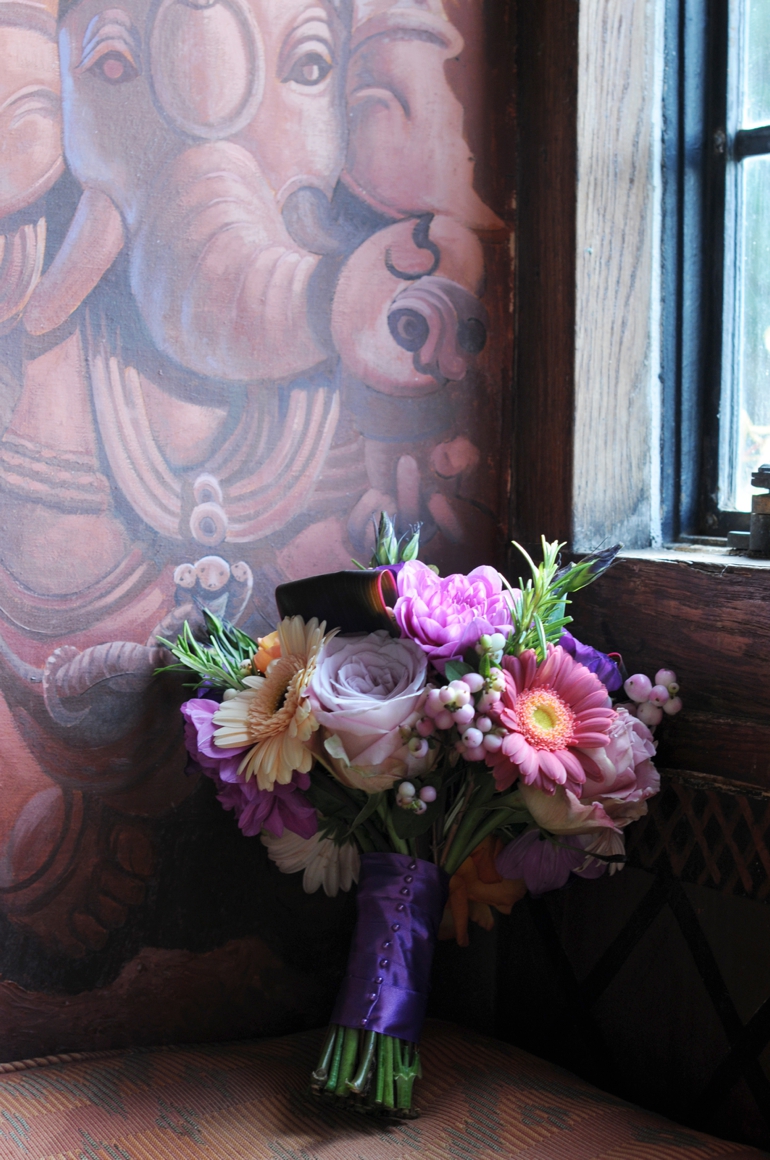 Sophie’s comfort toy is the notorious Millicent Mouse and it would just be wrong that Millicent didn’t make an appearance on such an important day of the Long family. So Sophie’s grandmother, affectionately know as BaBa, made Millicent a bridesmaids dress all of her own and became Sophie’s posy for the day. 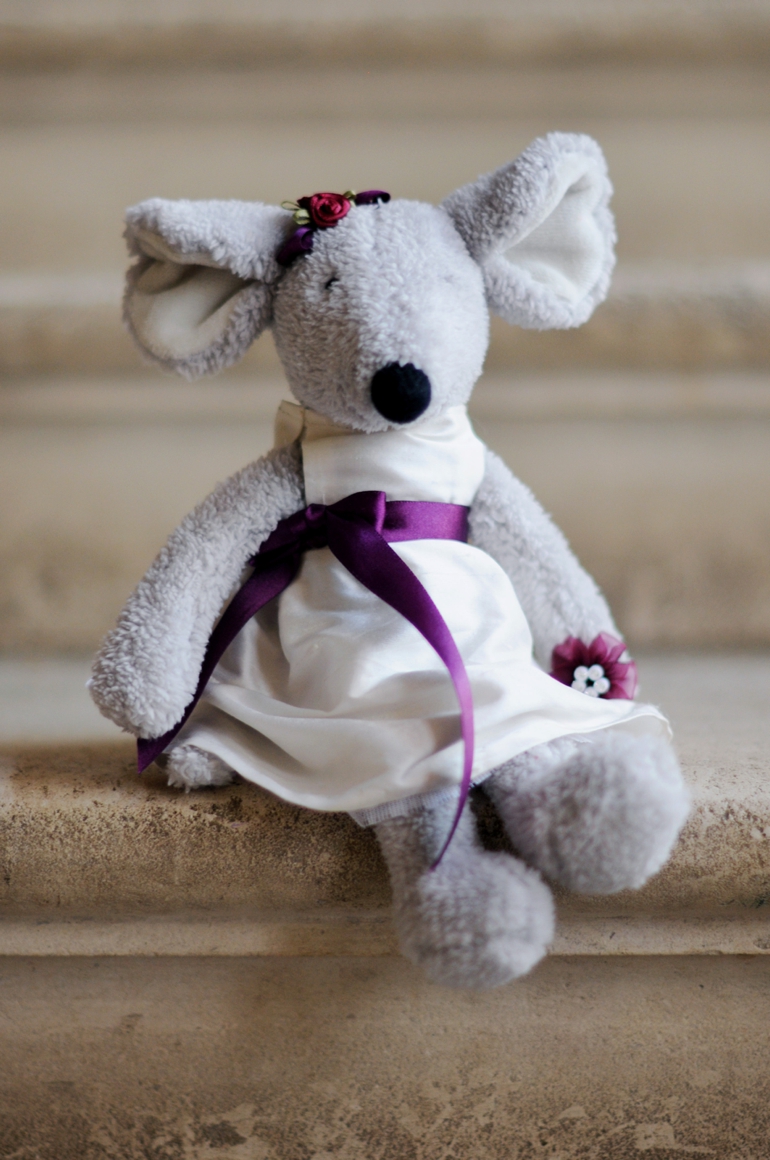 Sophie was there to steady Mummy’s nerves before walking down the aisle with the encouraging words of “Go Go Mummy!!”. She then gave her Daddy a hug and stayed by both of their sides during the ceremony. 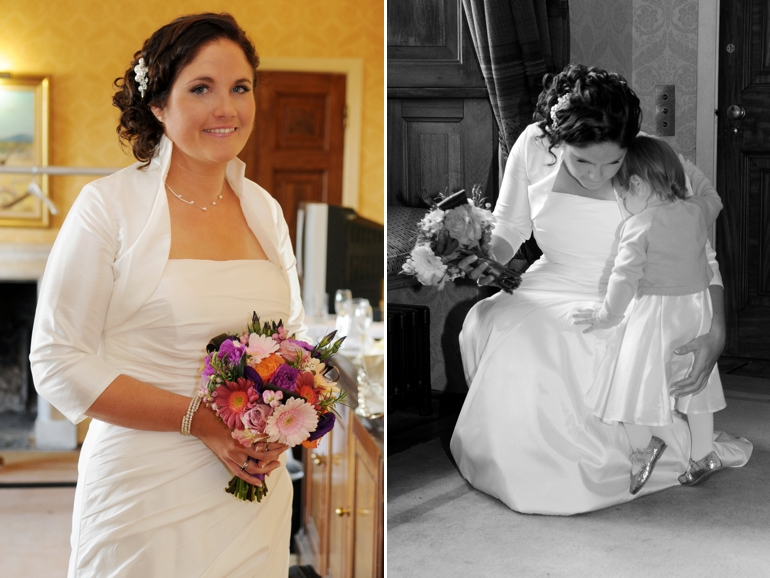 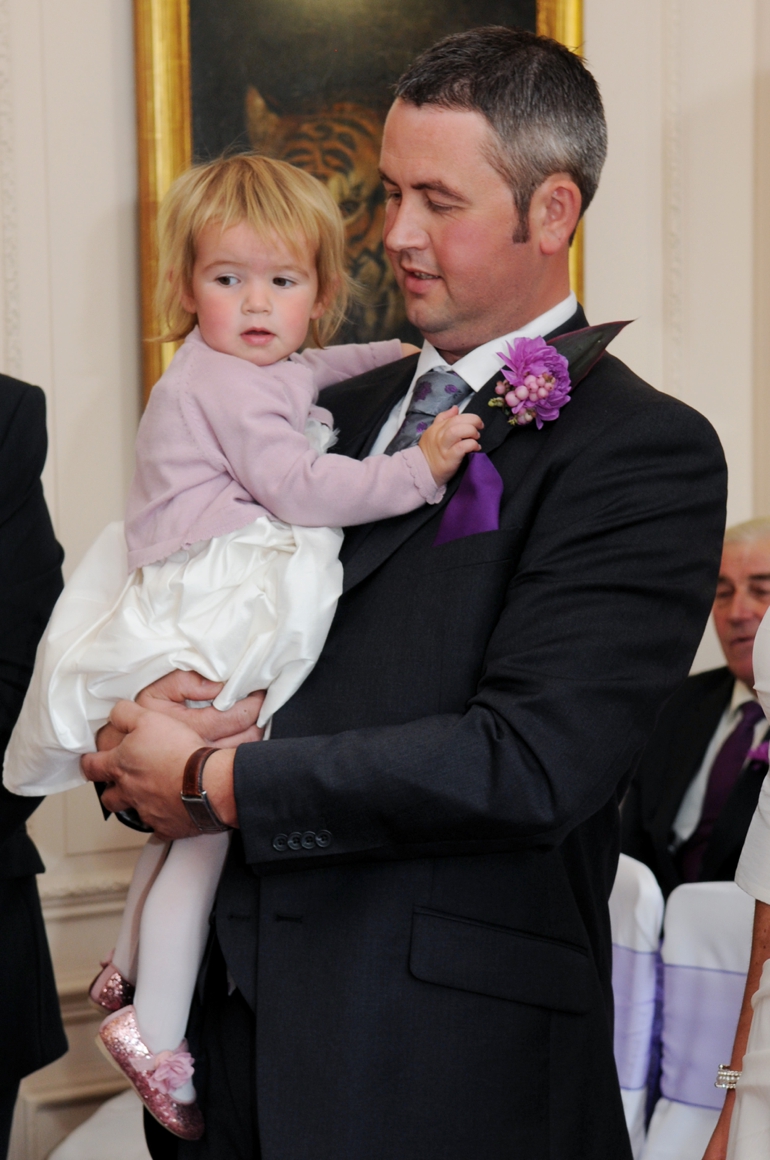 Now I feel it would be wrong not to give Greg a mention, seeing how much attention he received through out the day, he even gave Millicent Mouse a run for her money on the popularity front. Greg is not only a relation to Jonathan, but is an incredibly close friend to both Chrissie and Jonathan and kept every one entertained during his reading and beyond! 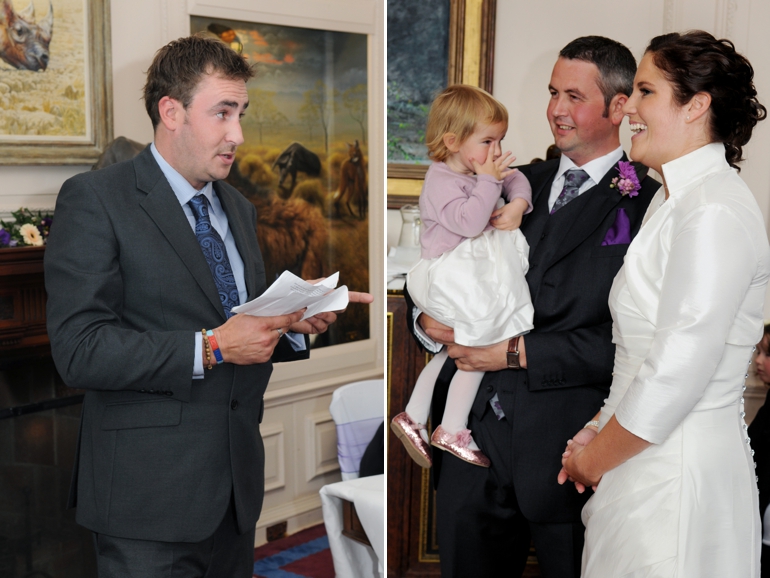 After the ceremony, as their friends and family relaxed and enjoyed the autumnal sun on the terrace of the Mansion, Chrissie, Jonathan and I went off to explore the grounds and capture some rare “You & Me” time of their own. Chrissie looked breathtakingly stunning. A big thank you to the talented Michelle Vassallo of Bubble and Bows for her hair and make-up. 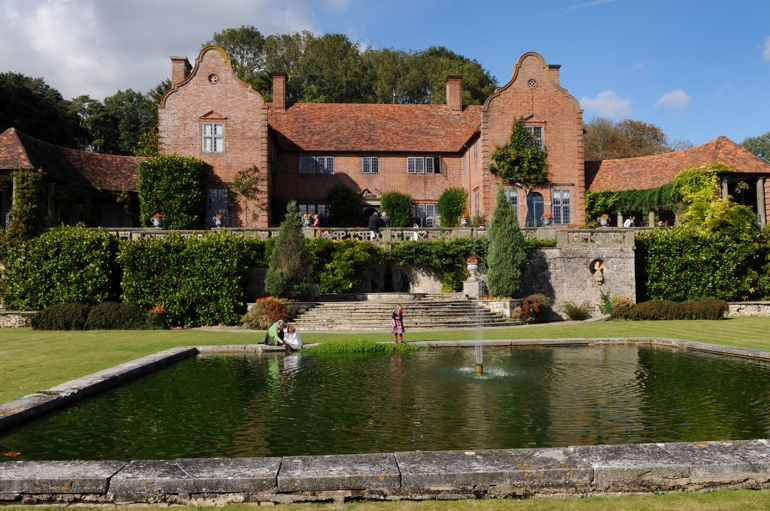 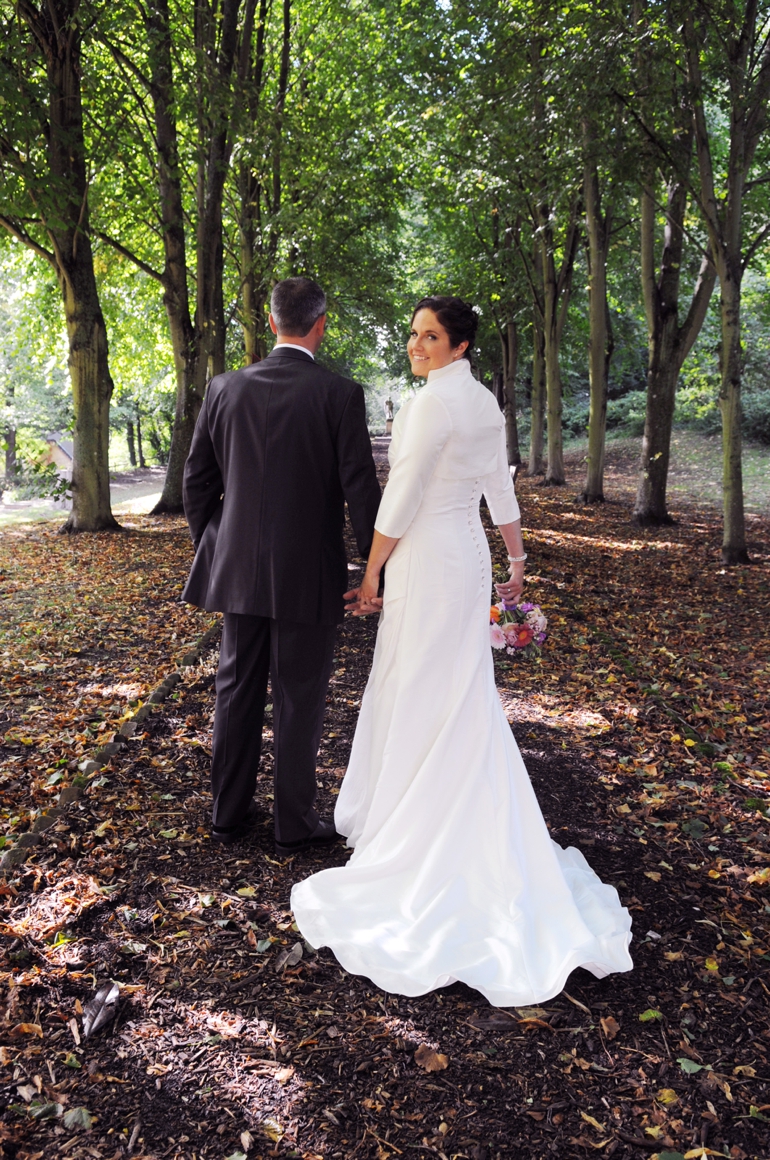 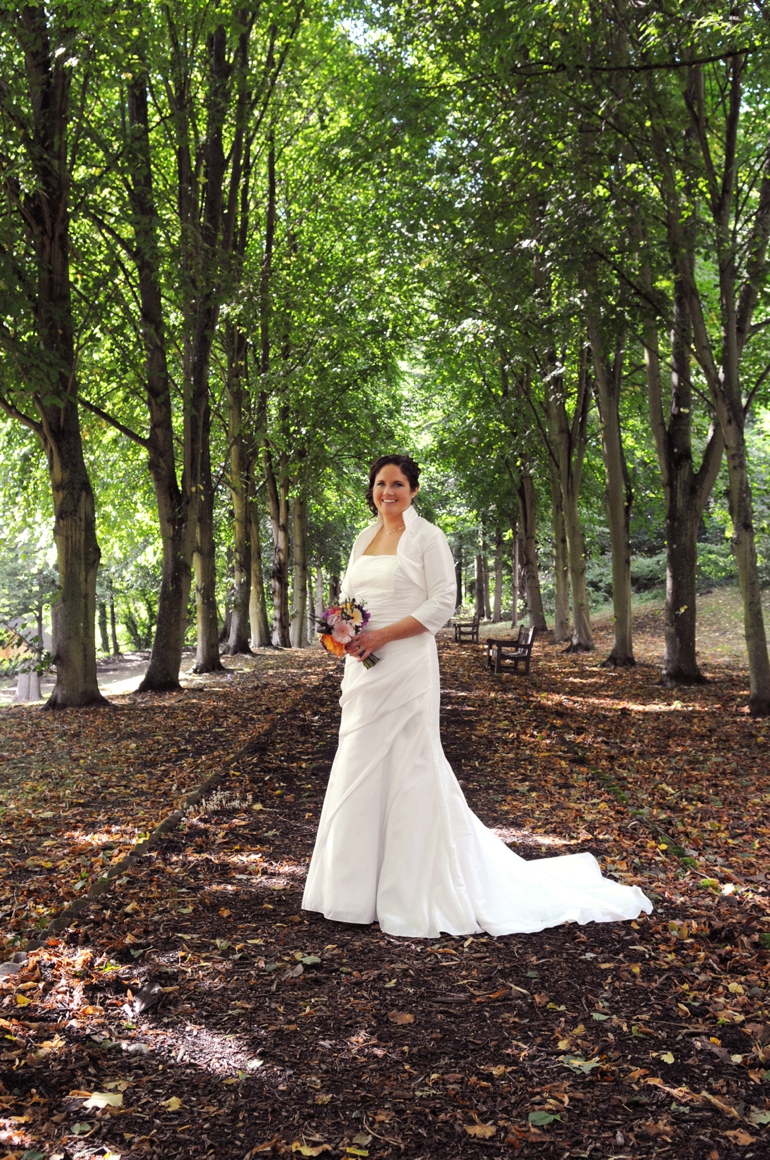 Then came the touching speech of Chrissie’s Step Father David, the hilarious jokes of the best man Harry and heart felt thanks of Jonathan, all within the beautifully decorated surrounds of the perfectly named Long Room in the Mansion house, complimented by the most amazing flowers created by another of Chrissie’s closest school friends, the very talented Gemma Lovejoy. All of the wedding party were then invited to join Chrissie, Jonathan and Sophie on a safari of the zoo. It was like the best, well dressed, family outing ever! 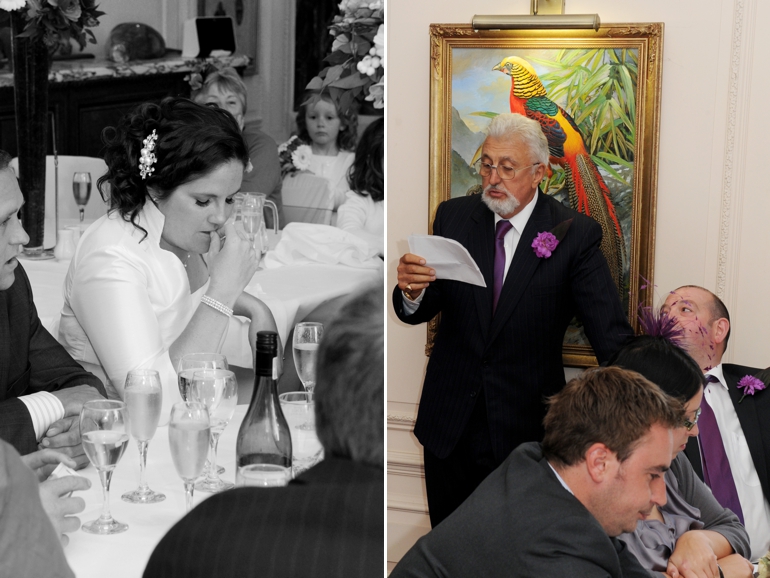 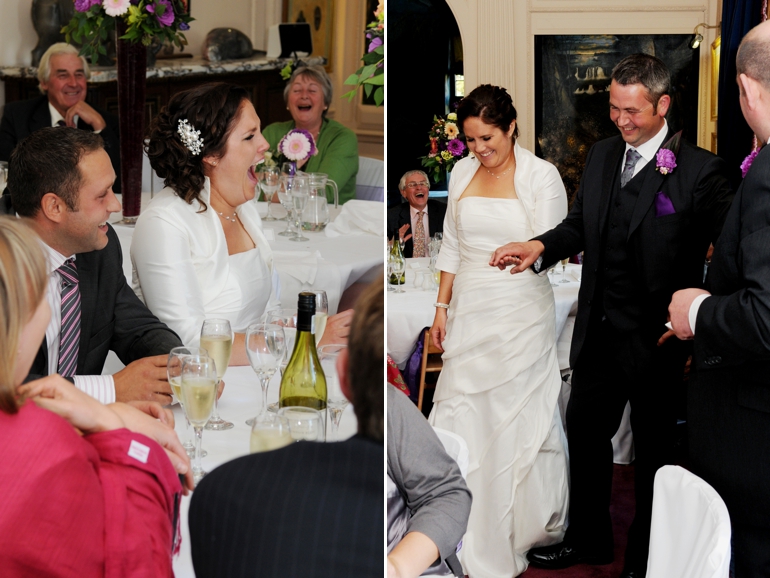 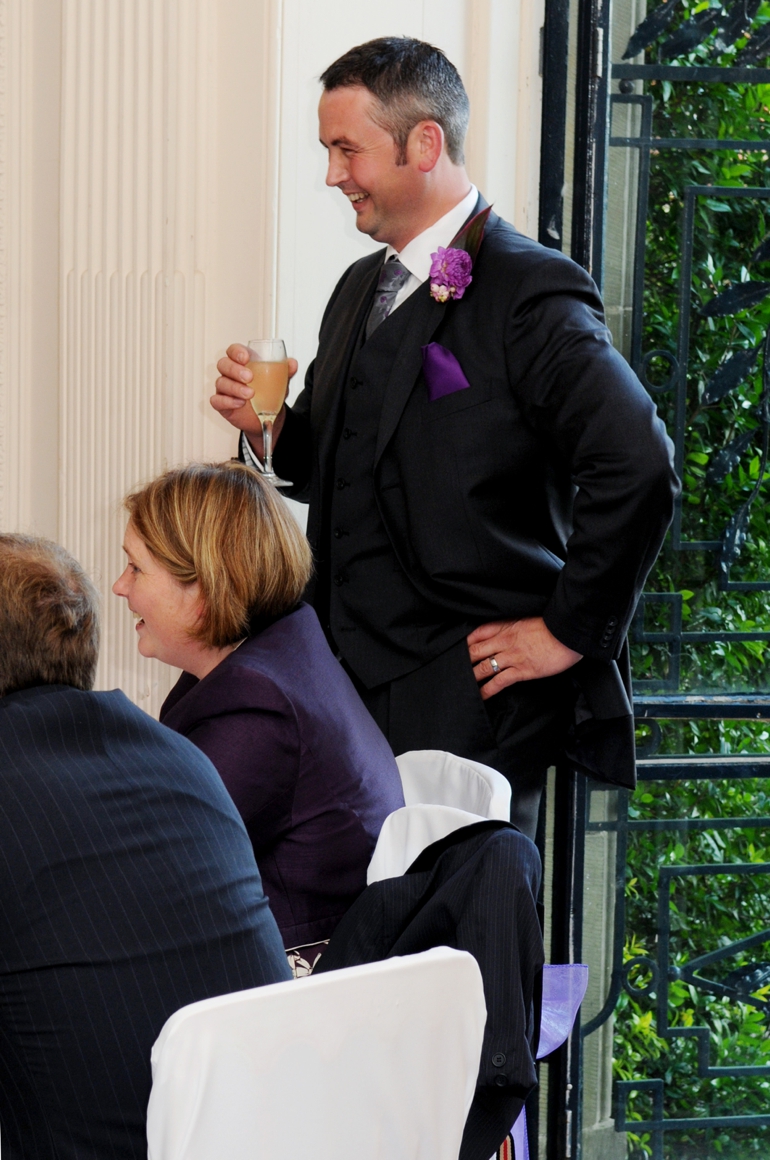 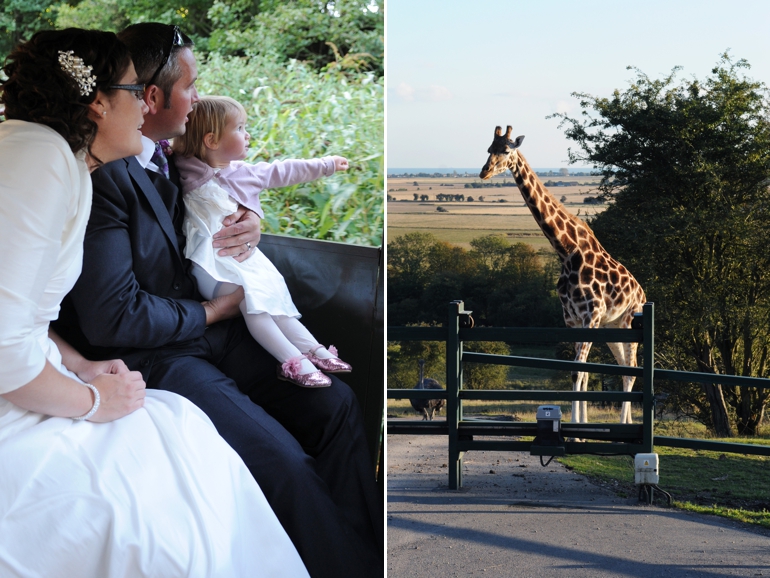 On our return to the Mansion I was able to capture a few more images of Chrissie’s very cute flower-girls, Sophie’s cousins Lucie and Zoe Knox who made their journey over with their Mum and Jonathan’s sister Pip from New Zealand and some intimate mother and daughter time, before the sunset on the Long’s family perfect day. 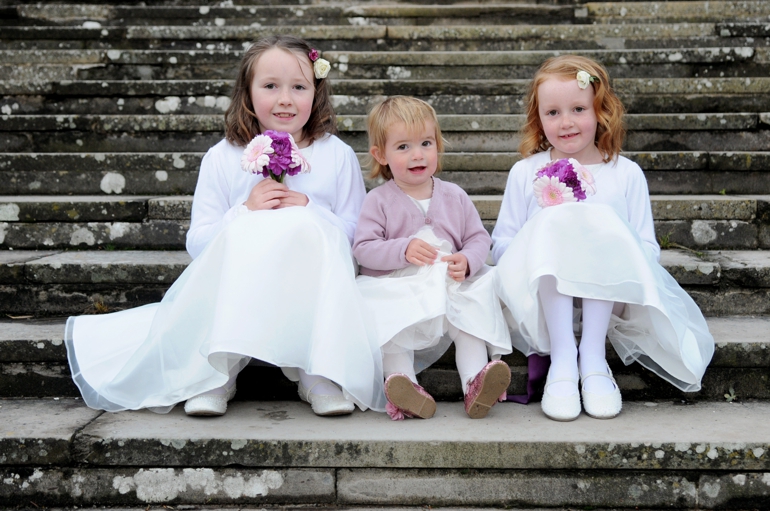 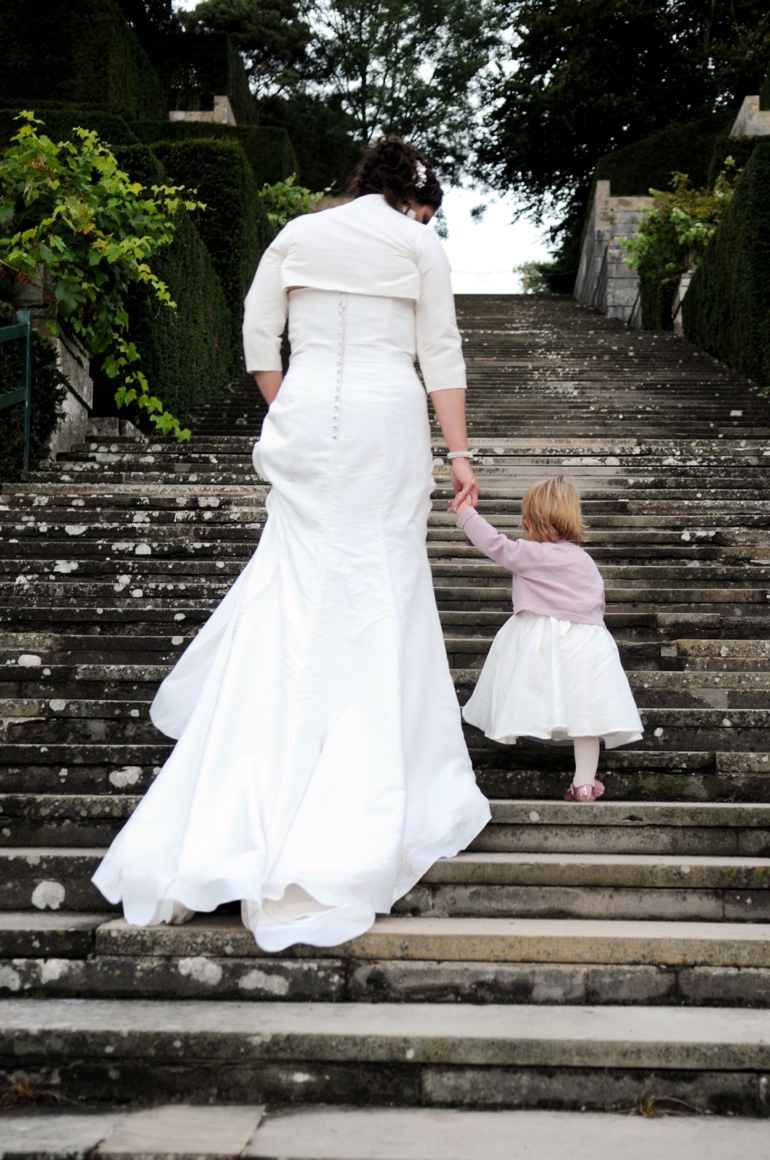 So you see this was more than just a wedding for me, this was the day my best friend and her very own family became one. Some might wonder why I choose to photograph Chrissie’s wedding rather than simply be a guest, but by being her photographer it meant I could be there by her side to help and support her, more so than normal, which I wouldn’t have had any other way.